The S&P 500® is widely regarded as the best single gauge of large-cap U.S. equities. There is over USD 7.8 trillion benchmarked to the index, with index assets comprising approximately $2.2 trillion of this total. The index includes 500 leading companies and captures approximately 80% coverage of available market capitalization.

The outer red lines represent two standard deviations away from the 50-day moving average and are referred to as Bollinger Bands. When the market is more than two standard deviations below its 50-day moving average, (meaning the blue line is below the bottom red line) the market is typically referred to as extremely oversold and when to the upside, typically extremely overbought. 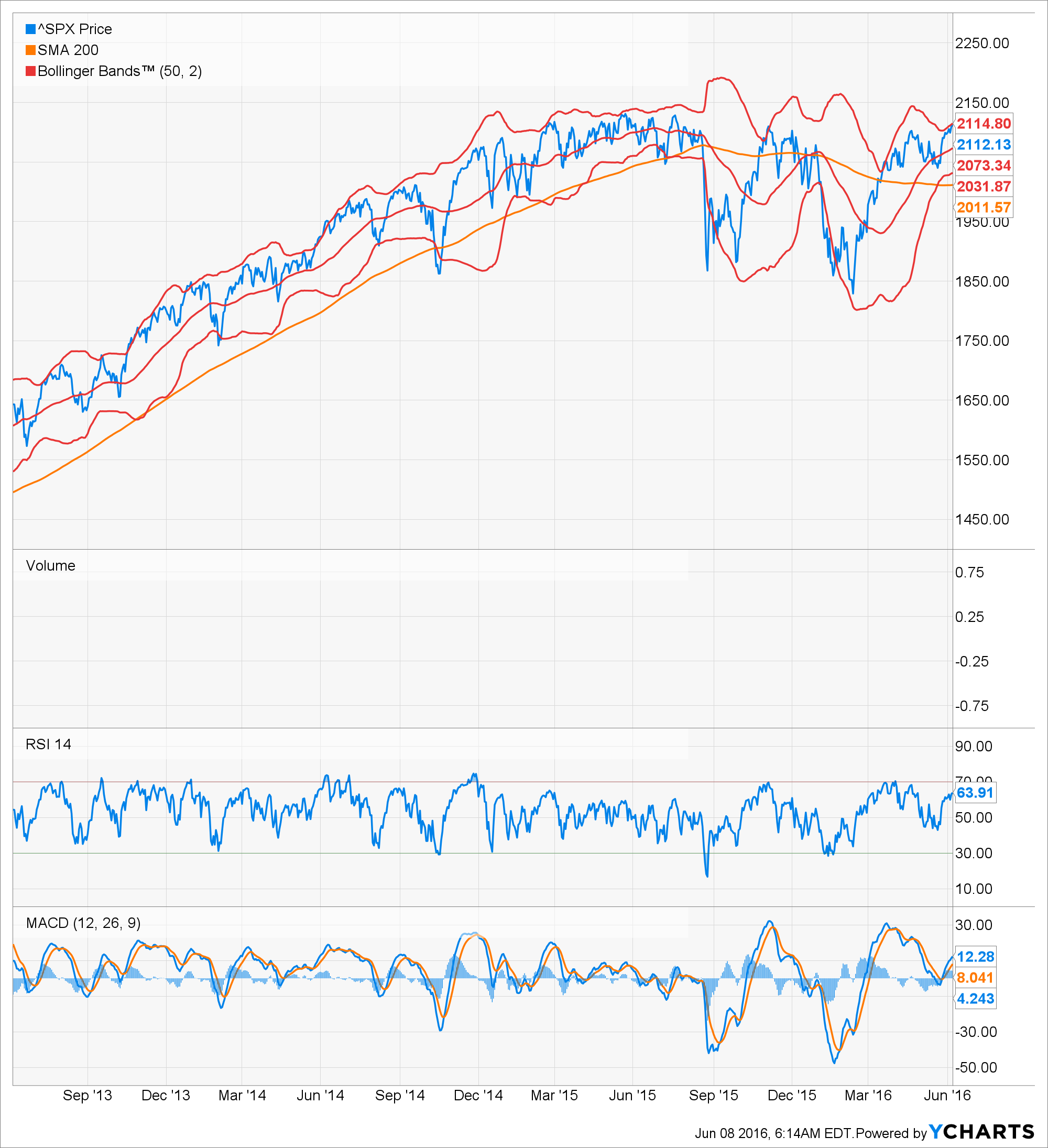 The MACD (12,26,9) represents the Moving Average Convergence Divergence Indicator. When the MACD (blue line) falls below the signal line (orange line), it is a bearish signal, which indicates that it may be time to sell. Conversely, when the MACD rises above the signal line, the indicator gives a bullish signal, which suggests that the price of the asset is likely to experience upward momentum. When the MACD is above zero, the short-term average is above the long-term average, which signals upward momentum. The opposite is true when the MACD is below zero. The bars represent divergence which as it increases means a higher probability of a shift in trend.

One of the ways to look at market strength is the index versus the index with equal market cap weighting. Strong gains for equal weight indices relative to the market-cap weighted indices to which they correspond with can be considered a sign of broad participation and strong breadth. 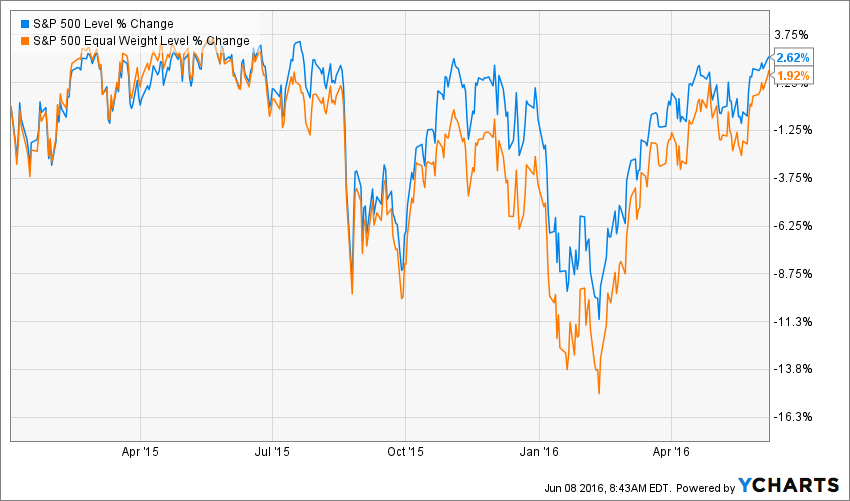 Another way to look at the strength of the market is by the percent of stocks in an index that are above their 50-day moving average. If the percentage is rising while the index is rising, then breadth is improving along with market movement, which is bullish. If the percent is falling while the market is rising, then breadth is decreasing, which is bearish. Click here for the current chart which measures this.